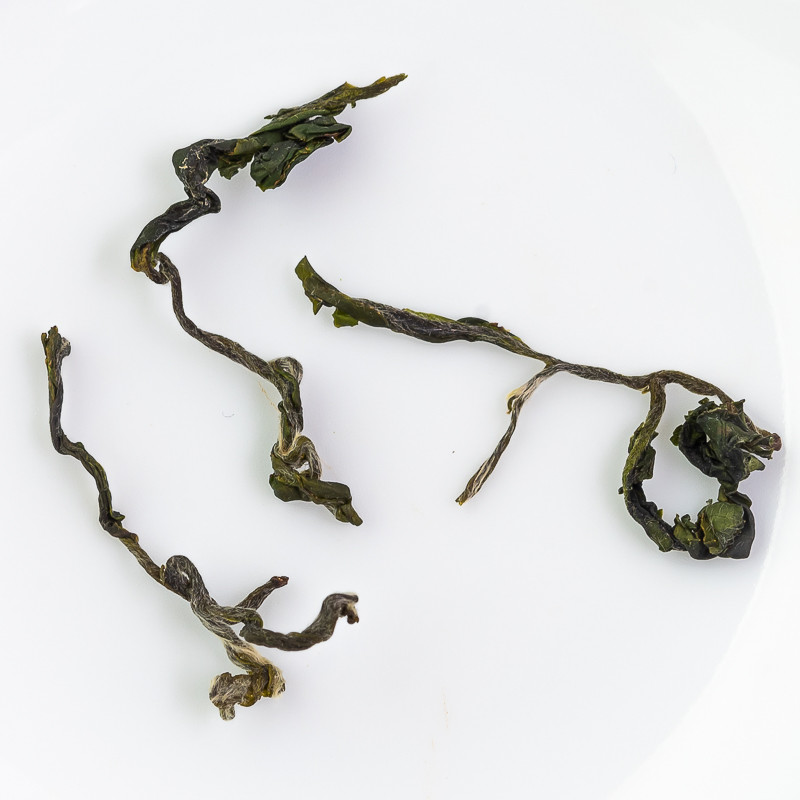 The light scent of spring

Lots of white buds among the dry leaves. They show some inconsistency in size, color and appearance, because the leaves grow a little bit unevenly in this organic garden. The brew has a very clear and light yellow/green hue.

Extreme freshness and lightness in this very early batch: one month before Qingmin festival! Taiwan's spring is early and the earlier in the season, the lighter and finer are the fragrances.

The taste is very light and sweet. What makes this green tea exceptional is how sweet it remains even after several minutes of brewing.

Conclusion: Taiwan is known for its Oolong teas since the late 19th century. This green tea appeared after 1949 as Chiang Kai Shek's general's were longing for Chinese green tea that could not be imported from the mainland because of the hostilities between the island and the mainland. That's why farmers in SanHsia started to produce green tea to satisfy the needs of the many mainlanders who had come to Taiwan with the KMT and were used to such tea. This batch is very similar to last year's (which was harvested on March 6th). The quality of this rare Taiwan green tea comes from the organic purity of the leaves and the very early harvest time. That's why I highly recommend it!