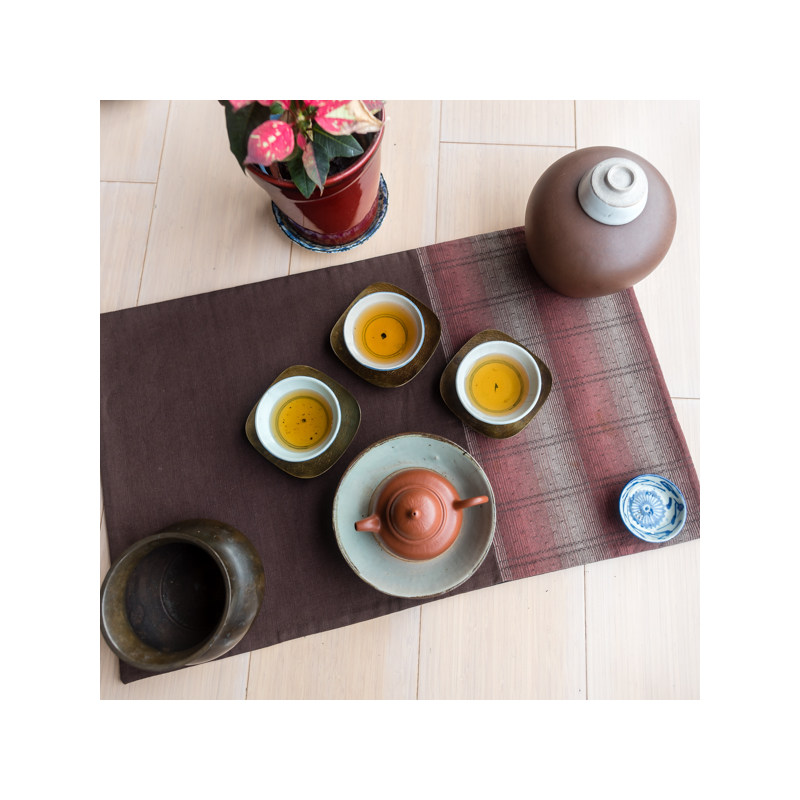 Chaozhou Gongfucha set (not including teapot)

This Chaozhou Gongfu cha set focuses on the accessories used for tasting the tea. It includes:

- 1 qinghua bowl (Chaxi) for the teapot  of the end Qing dynasty/early ROC.

- the large, modern Chabu (tea ceremony fabric) is also included in this set.

The Yixing teapot isn't included in this set.

Learn how to use this set here.