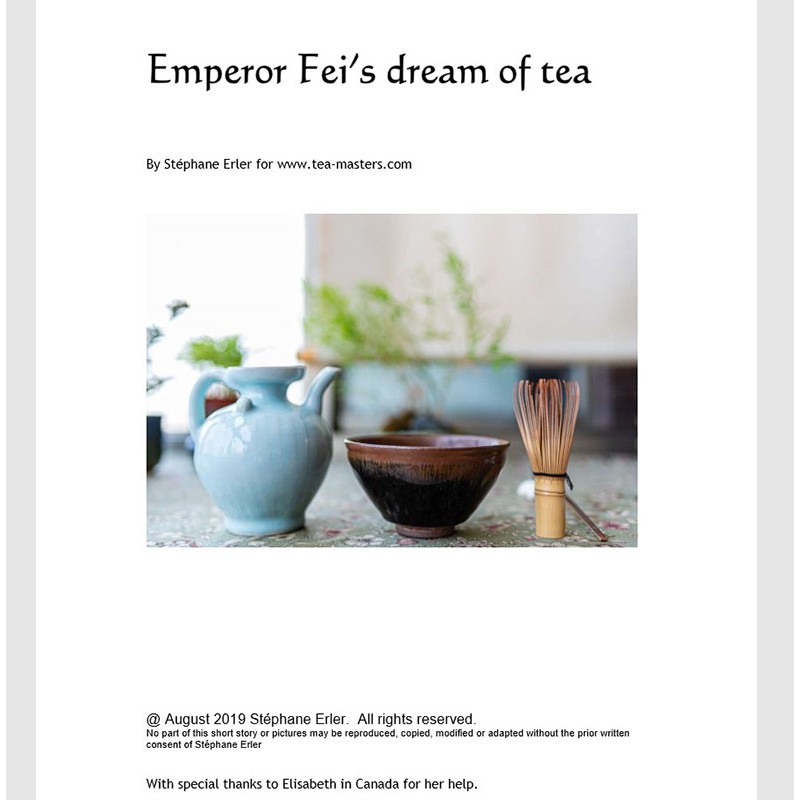 This e-book is available in PDF format.

This short story of 5500 words (10 pages) is a tale that takes place in ancient China, around 370 CE. It has lots of action, journeys, dreams and tea, of course.

Here is the opening paragraph:

"Once upon a time, in the southern kingdom of the Eastern Jin, lived Emperor Fei who had 2 sons and 2 daughters with his wife, Queen Yu. This period of Chinese history is known as the 16 Kingdoms, a time of continuous rivalry and war between 16 fractured regions. Emperor Fei faced many challenges to his authority from outside kingdoms and from within his own administration. His powerful general Huan Wen and court eunuchs were always scheming to weaken his power. As a result, Emperor Fei had regular nightmares in which he saw himself and his family massacred, tortured or decapitated. He didn’t share his dreams with his wife or anybody. He was afraid that mere rumors of his nightmares would become a self-fulfilling prophecy."

This ebook is FREE of charge if you purchase 90 USD (or more, excluding transportation) on this website. In that case, don't add it to your cart. I'll send it to you directly with your delivery confirmation.