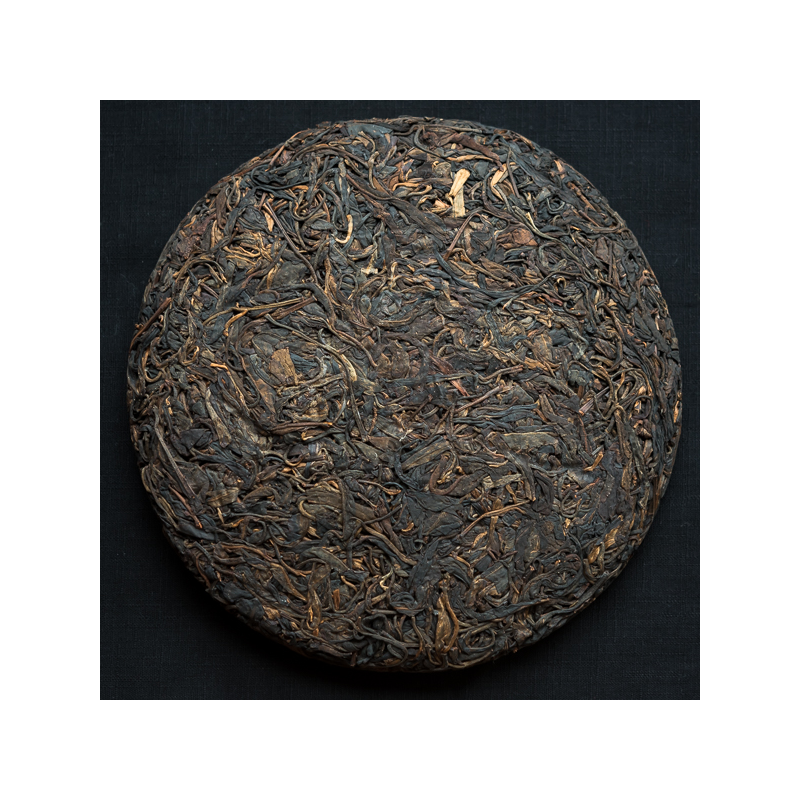 In 2006, thanks to Yahoo's Tea-Disc group, there was a small contest of 3 young raw puerh. This puerh competed against 2 Menghai Factory big tree puerhs from 1999 and 2001. Despite being the youngest, my puerh beat the other 2! The number of testers was limited, but they were all very passionate about puerh. This result confirmed the fact that, in 2003, this private order by a Taiwanese tea business was one of the best puerh produced then. The quality of the wild material is very good (lots of buds). It was sun dried in a traditional way. And the cakes were well pressed with stones. Their compression is very even, firm, but not too hard. It's a real pleasure to flake the long, whole leaves from this cake! Early 2000s marked the end of the CNNP's monopoly on the sale of puerh in China. Taiwanese businessmen were pioneers in exploring Yunnan, finding new farmers, selecting their own leaves for their own cakes. Competing with old factories, Taiwan's demand for high quality puerh created innovation and more choice. This also marked a time when puerh mao cha kept increasing in price year after year, until 2007. In early 2000, the best puerh was produced for Taiwan and this cake is among the best of this era. What characterizes this tea is its smoothness and sweetness. It was already very enjoyable in 2003 and didn't require a waiting period. It had a lot of power, but that energy wasn't harsh or unbalanced. Now, after 11 years, the taste has become sweeter, softer and calmer. It still has a great, long aftertaste, but it feels much more relaxing and refined now. The scents of plum have ripened. They are now accompanied by scents of forest in the fall. There's still a camphor cooling sensation, but everything feels softer and yet deeper. That's a characteristic of a great puerh: on the surface it's calm and soft, but underneath it's rich, pure and powerful.