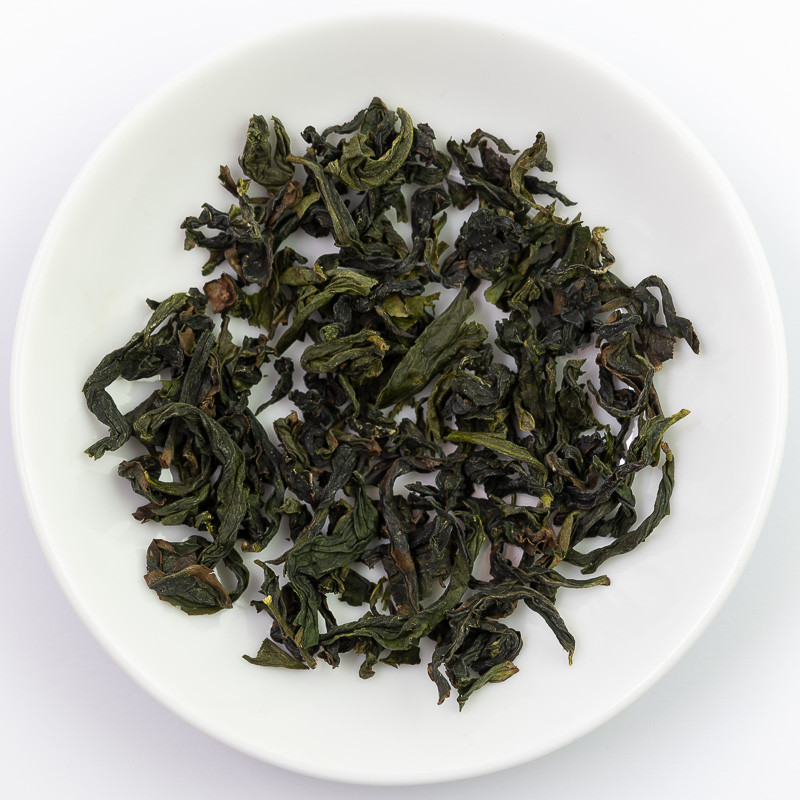 Baozhong started to be planted in the Nangang mountain, east of Taiwan at the end of the 19th century. Then, it quickly was grown in most hills of northern Taiwan. The reason for this development is that Baozhong won first prizes at several International Exhibitions (Paris, Milan, Panama) in the early 20th century while Taiwan was under Japanese rule (1895-1945). The fame of Baozhong continued in the 50s and 60s as plantations moved towards Shiding and Pinglin, south of Taipei. These were places without industry and where the nature is still very well preserved (because it also holds a lot of water reserves for the capital). During its long history of Baozhong production, farmers have experimented with lots of different tea trees. Here we have the opportunity to discover a fewer known cultivar: Manzhong

The dry leaves smell like a subtropical forest. The brew also smells like a forest filled with fragrant flowers.

The taste is nicely sweet with a long aftertaste.